What Challenges do Black Businesses Face? 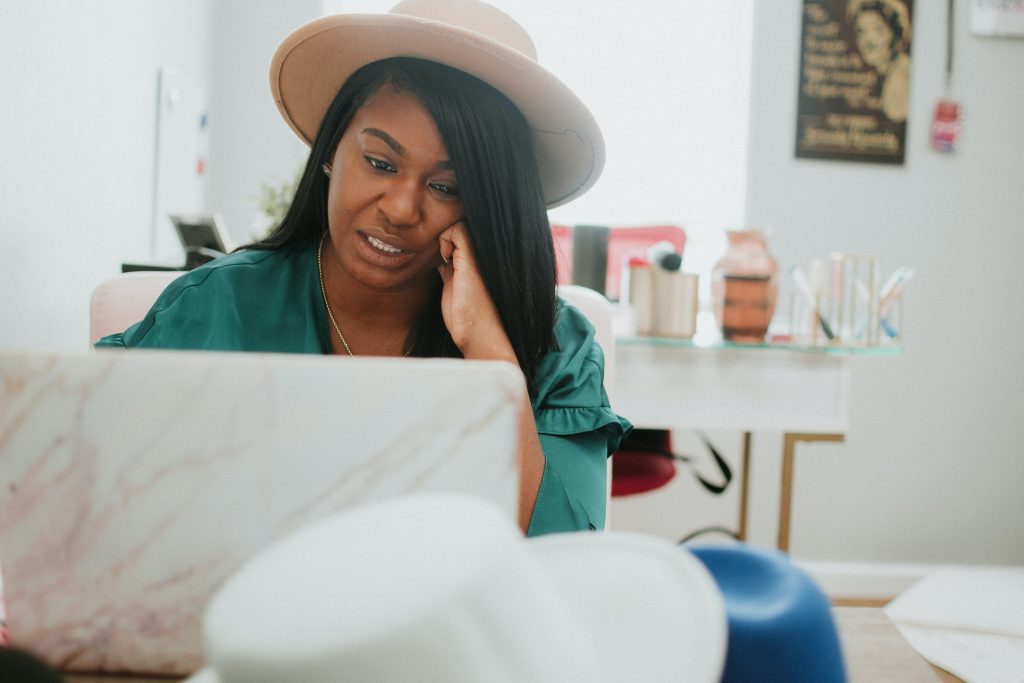 Today, #BlackLivesMatter has become a phenomenon around the world shining light on black lives, primarily male black bodies, that are seen as a threat to North American society, causing them to be the victims of police brutality, resulting in death. Black lives are often viewed as a threat to their white counterparts because of the negative stereotypes given to them during slavery in America by their slave owners such as Sambo, Mammy, Aunt Jemimah, Sapphire, Jezebel and Buck to name a few have made it difficult for black people in North America to truly reap the rewards of the American Dream. The American Dream promises the government’s support in protecting each person’s opportunity to pursue his or her own idea of happiness. Black people and immigrants usually see this as an opportunity to build an economic empire through entrepreneurism. As confirmed on any news outlet and statistics, racism prevents Blacks and other visible minorities from fulfilling their truest potential whether that be education, income and/or wealth compared to their white counterparts.

There has been a lack of attention to the challenges that black businesses face when building. One in ten workers or 13 million people in America is a self-employed business owner, contributing 37.4% of the country’s wealth. Only 5.1% of African American workers and 7.5% of Latino workers own businesses compared to 11% of white and Asian workers (https://pdfs.semanticscholar.org/6f02/c653fde7394b6d9640b91f5a5302bec68b9a.pdf). In a practical sense, Black and Latino-owned businesses have lower sales, fewer paid employees and smaller payrolls than their white counterparts. White-owned businesses annually make $439,579 compared to black-owned businesses making $74,018 (https://pdfs.semanticscholar.org/6f02/c653fde7394b6d9640b91f5a5302bec68b9a.pdf).

Small businesses come across challenges that larger corporations do not, however, the challenges are greater for visibly disadvantaged minorities such as Blacks and women. It’s important to note that black business owners statistically have the greatest disadvantage over Asians and Hispanics due to historical experiences with slavery.

What are the challenges facing minority businesses?

The Journal of Consumer Research completed a study revealing that minorities seeking small business loans are treated differently than their white counterparts even if they share similar backgrounds, are dressed the same, have the same qualifications and ask for the identical amount of $60,000 in loans to expand their business https://www.businessnewsdaily.com/6507-racial-discrimination-prevalent-financing.html. The researchers gathered three black, three Hispanic and three white small business owners to apply for loans. The outcome is that the minority loan seekers were given less information that could assist them in the application process and were asked more questions about their personal finances. The second part of the study surveyed 39 small business owners 16 white, 13 Hispanic and 10 black sharing their experiences – the minorities explained that denial, rejection and restricted access to loans resulted in self-doubt and lower self-esteem.

A couple of reasons why minorities face financial roadblocks for their businesses could be any if not all of the following (Why Minorities Have So Much Trouble Accessing Small Business Loans):

Minorities are three times as likely to be denied loans than their white counterparts. As a result of the realities minorities (racism) have to endure when applying for bank loans, they get discouraged and end up using their personal bank accounts rather than a business. Also, a lot of minorities are immigrants or come from a family who is so they have to start over again financially.

What are the challenges facing black businesses?

Wealth levels for Latinos and African-Americans are 11 to 16 times lower than their white counterparts. White business owners start with $106,720 in working capital compared to Blacks being $35,205.

Big corporations have racist stereotypes associated with black businesses so they don’t factor in the reasons why they have fewer advantages than their white counterparts. The average business owner is recognized as a white man.

This stems from the reconstruction post-slavery when freed slaves were given the Freedman’s Bank but weren’t successful (Ken Harris Q&A: Black businesses and challenges they face). Blacks were given opportunities for 40 acres and a mule but the land was never truly theirs. Then laws like Jim Crow put a roadblock between business opportunities. Rather than give minorities and immigrants a chance to build their own businesses, the government limited them to work for white-owned companies instead which reap the harvest and have become generationally wealthy from it.

The black community is not taught how to be business owners aspiring to build an empire. Many minority business owners don’t have mentors, gravitate towards business models or industries that make less capital and are held back by how institutions judge their race, gender and socio-economical makeup. Mentorships invite the opportunity to bounce diverse business models around. Black businesses are limited to their own understanding of how their market rather than having a community of individuals to show them otherwise. Mentors can help with the process of applying for funding and prevent black business owners from wasting all the money by growing themselves out of business (dnb.com). Mentors silence the whispers of the overt challenges that face black businesses. Financing is about whom you know and who knows you, it’s a cycle that the black business owner community has been robbed of. Less than one per cent of venture owned black businesses have black founders and only a hand full is well funded.

The challenges that black businesses face are that they limit themselves to similar fields and limit their customers to people in their community. In contrast, their white counterparts like Wal-Mart or Pepsi create brands that speak to customers who belong to diverse groups. Black businesses are often home-based, make low revenues and are more concentrated in industries where revenue is low and sometimes much lower than what white-owned businesses own such as beauty salons, barbershops, childcare services, home health care services and janitorial services ( THE TAPESTRY OF BLACK BUSINESS OWNERSHIP IN AMERICA ). Black-owned businesses are usually located in the South of America where the communities they reside in have low income, which affects their ability to hire.

Black business owners are not on the boards for policymaking in their communities. They have reduced access to decision-makers in the government and private sectors preventing them from securing large contracts to expand and hire employees (moneytips.com ).

None to Minimal Marketing

Small black business owners don’t see the value in spending money to market their business digitally. They fear that their money will be wasted if taking a change with marketing rather than seeing it as an opportunity to understand their target audience. This is a result of the lack of understanding of the cultural climate that has changed to reward small businesses that are SEO (search engine optimization) friendly. Black-owned businesses often oversight conversion goals. Black-owned businesses are aware of their disadvantages with funding; therefore prefer an easy and inexpensive solution to marketing rather than trusting an educated and experienced professional.

What are the challenges facing female black-owned businesses?

The biggest challenge is getting small business loans; fewer than 3% receive venture capital funding (Overcoming 3 challenges Black female entrepreneurs face). Black female entrepreneurs typically have to rely on their community, family, friends and personal funds to start their capital to begin their business endeavours. Investors typically support people who look like them; not a lot of people believe in black female businesses.

Black female business owners usually start their companies alone. They rarely are mentored by someone who they can depend on to guide them into the next economic bracket or someone who can challenge them and their business to be out of the box. Black women excel in starting businesses but flourishing businesses are another attribute. Mentorship isn’t solely for money but also for tools that will put them in front of decision-makers and know how to get what they want after establishing an articulate execution plan like their white counterparts (Mentoring Black Businesswomen To The Next Level).

Black female business owners typically lack confidence in balancing their personal life and their business life, the pressure to stay creative and cognitively understanding that they come second to white women and black men. They internalize fear preventing them from raising their hands or effectively marketing their businesses. Also, they stick to industries like beauty and entertainment rather than technology or starting a medical firm.

No comments to show.